In the MMORPG Black Desert, the weight of the chests for imperial trade was reduced and the content of the ocean was improved 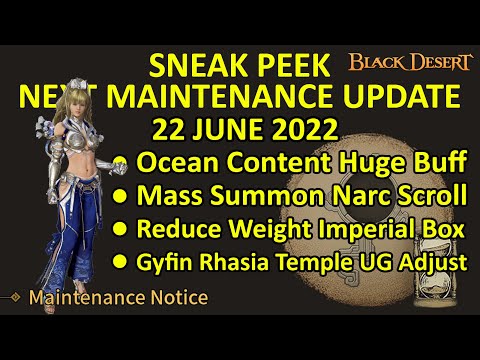 Today, the popular MMORPG Black Desert has received a fresh update that brought various changes to the game. Among important adjustments, it is worth noting an improvement in locations for hunting in the ocean and softening conditions for the upgrade of ships.

Also, an important change was the reduction in the weight of the chest chests and an alchemist for imperial delivery (up to 10 LT) and the expansion of the list of objects that can be restored from the basket.

In addition, the start of new events was announced, the addition of a new alchemical formula for creating purified luminous stones and new small stories. Those who wish can familiarize themselves with all the changes and improvements in the official message of the developers.